Home
/
MMA
/
Israel Adesanya: A Star In The Making 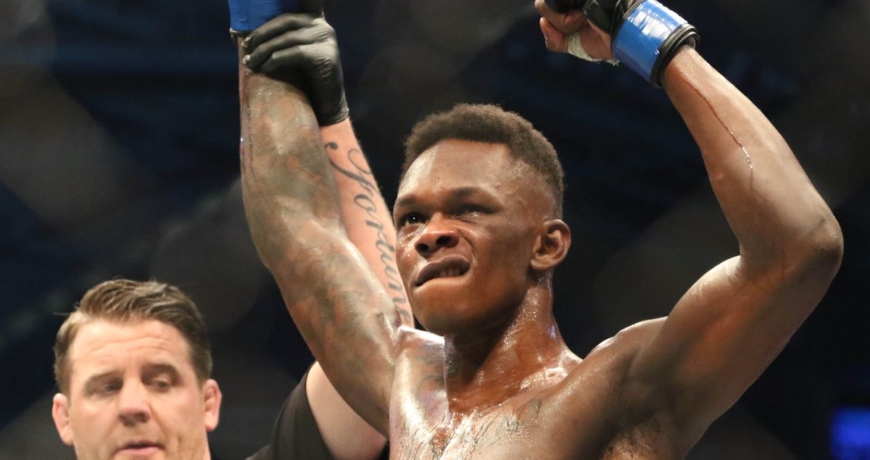 Last weekend, Israel Adesanya unified the UFC middleweight belt in front of a record-setting crowd in Melbourne, Australia. In our pre-fight prediction post for this fight, we predicted that Israel would win in a close decision.

Many of the factors we predicted were accurate, however, in no way was it a close fight. Israel Adesanya ended up stopping Robert Whittaker in two rounds via TKO due to a counter left hook. As predicted, Israel was countering effectively and he was also evading most of Robert Whittaker’s strike attempts completely. It is almost as if things lined up perfectly for Israel Adesanya; and that is not to say any of his fights were easy or he has done it flawlessly, but rather his rise to the top was almost Anderson Silva-esque, if you will. He has proven himself time and time again and climbed the ranks always seeming to be a couple steps ahead of his opponents.

There were a few other factors that were apparent in the fight that we did not mention in our prediction. One of those being the ability to stay calm under pressure. Not that Robert Whittaker is known for being frantic inside the octagon, however Adesanya’s demeanor is just on a whole different level. It was apparent that Whittaker was chasing a finish and trying to force things, whether it was the pressure of performing in front of such a large crowd or because of the intense buildup between the two fighters. This definitely worked against him as Israel landed those same counter hooks that he ended up dropping him with multiple times throughout the fight.

Another factor for Adesanya was momentum. He has been quite active in the octagon since his debut and was consistency making leaps of improvement in his MMA game. This carried on into the fight, whereas Whittaker had taken time off due to complications and being banged up in fights. However, the fact that Robert lost in two rounds does not speak as much on Robert’s abilities, but it really shines a light on how good Israel really is. There are not many other middleweights in the top 10 giving Robert a run for his money, even on one of his bad nights. With that being said, Robert Whittaker will surely come back stronger and we are interested in seeing his next moves, whether that be competing in middleweight for another title shot, or even at a different weight class.

Overall, Israel’s performance was very impressive and he exceeded our expectations. He is definitely one of the UFC’s top superstars and is likely to stay at the top for a long time. This really makes one wonder what a potential fight between him and Jon Jones would look like in the future. Stay tuned