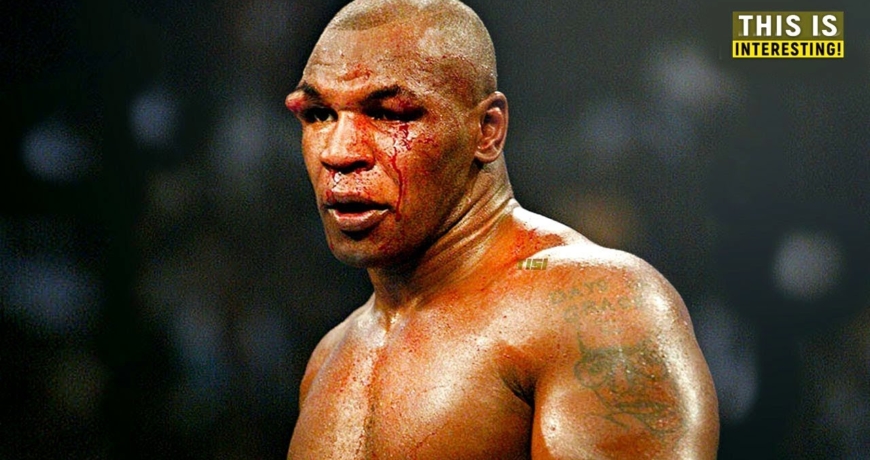 “Everyone has a plan, ’till they get punched in the mouth”.[1] That’s the philosophy Mike Tyson lived his life by. Coming up on the streets New York, he had to learn how to “talk that talk” and “walk that walk” at a young age, which would become apparent in his famous interviews and bouts in the ring.[2] His ill temper, foul language, criminal record and raw boxing talent characterized Tyson; by the end of his career, Iron Mike compiled over 50 wins, forty-four of which came via knockout.[3] Mike Tyson is regarded as one of the greatest boxers to have ever lived and continues to be a symbol of those who feel oppressed and misunderstood.

On June 30, 1966 in Cumberland Hospital in the Fort Greene section of Brooklyn, Mike Gerard Tyson was born. He grew up similar to many other underprivileged, black kids at that time in New York. He never knew the man printed on his birth certificate, but was always told that his biological father was Jimmy “Curlee” Kirkpatrick Jr., known as the neighborhood pimp. His mother drank often and supplied drugs to her friends, many of whom were also in the vice business. His older sister died at a young age and his older brother and him weren’t very close.[4] Although Tyson endured a tough childhood, he never forgot his mother’s unrelenting efforts to keep her children safe. “My mother would do whatever she had to do to keep a roof over our heads. That often meant sleeping with someone she really didn’t care for,” Tyson recalls. “She’d never take us to a homeless shelter, so we’d move into another abandoned building”.[4] This type of mentality is one of the tools that helped Tyson succeed in life and in his career. The day he realized that he was a natural born fighter was the day he knocked out the neighborhood bully, Gary Flowers. Flowers allegedly stole one of Mike’s pet pigeons and ripped its head off; little did he know the power that Tyson possessed in that one right hand of his. As Gary flopped onto the street like a fish out of water, the entire neighboorhood rallied behind Mike, holding him up and cheering him on. In that moment, Mike Tyson experienced a small taste of the ovations he was to receive in the near future and discovered what he was destined to do.[5]

As a youth, Tyson was constantly in and out of trouble. He is said to have been arrested some thirty eight times by the age of thirteen.[6] It was not until he met his trainer and mentor, Constantine “Cus” D’Amato, that he straightened up his act, at least for a while. The two met while Tyson was attending a reform school in New Jersey, at the time he was only sixteen. Shortly after, Tyson’s mother died and D’Amato became his legal guardian, taking Tyson under his wing and teaching him the art of boxing. D’Amato had trained many world-class fighters prior to Tyson, two of his more notable clients, Floyd Patterson and José Torres, even made the boxing hall of fame along with Mike Tyson in later years.[7] Under D’Amato’s wing, Tyson developed his technique and began entering in local competitions; his first professional bout was at the age of eighteen. Tyson defeated his opponent in the first round via knockout, something unseen from an eighteen year old at the time. He continued in that fashion for the rest of his first year as a professional, taking on fifteen fights in the first year and winning almost all of them in the first round, within seconds. There was only one word to describe Mike Tyson in the ring: unstoppable. Unfortunately, D’Amato died later that year in November, leaving Tyson distraught, angry and confused. He had lost his mentor, but this didn’t stop Tyson from becoming the youngest word heavyweight champion ever, at age twenty. However, the death of A’mato is thought to be the cause of much of his irrational behavior conveyed later on in his career.

Throughout his life, Mike Tyson has been convicted of some of the most heinous crimes known to man. Rape, assault and battery are just some convictions one would find when looking at Tyson’s criminal record.[8] He reportedly has been addicted to various chemical substances as well as alcohol, to the point that he was close to death.[4] The first thing you think of when you hear the very name Mike Tyson is probably the bloody, mangled ear of boxer Evander Holyfield, who suffered a bite from Tyson during one of their bouts. It is easy to understand why someone would dislike Tyson, but even harder to understand how he could be viewed as a hero. Tyson gave hope to the kids in the projects similar to him, showing them that dealing drugs or rapping wasn’t the only way to make it out of the hood. He also gave a big “fuck you” to America every chance he got, giving a voice to the ones people nobody listened to, the oppressed.” Mike Tyson was the epitome of a product of his environment and of a fighter. A man who grossed over three hundred million dollars from boxing and filed for bankruptcy in a matter of years, he’s shown how one can cope with the ultimate highs and lows of life.[9] A hero to some and a convict to others, Mike Tyson is regarded as one of the world’s most infamous and dominating heavyweight champion to ever grace the ring.

“Fear is your best friend or your worst enemy. It’s like fire. If you can control it, it can cook for you; it can heat your house. If you can’t control it, it will burn everything around you and destroy you”.[10] Mike Tyson was a person who, literally, took advantage of the fear around him and used it for fuel. He inspires the people who feel the same way he felt as child and instilled fear in those who didn’t understand him. He showcased how far raw talent and determination could take you. And most of all, Mike Tyson lived his life on his terms and made a profound impact on the world and those around him, unlike anyone before or after him ever has. Today, Mike Tyson is retired from boxing, but still remains in the public eye. He stays out of trouble for the most part and is much better off than he was before, claiming that he is drug free and wants to focus on being a father. In 2013, Tyson released a TV movie along with a book entitled The Undisputed Truth, which serves as a memoir of his life, taking us through his journey from his perspective; it has received much acclaim for its blatant honesty and crude humor. Nevertheless, Iron Mike is regarded as one of the most controversial and entertaining figures of recent times.

Born in Vancouver, Canada. Raised in Costa Rica. Ariel played sports at a high level throughout his school…